Another demake of the original DizzyAge game for ZX Spectrum 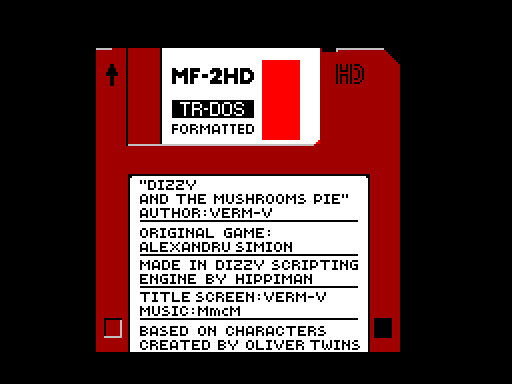 Daisy sends Dizzy to find mushrooms for a special pie, but he gets trapped inside a cave and this is only the start of his troubles... 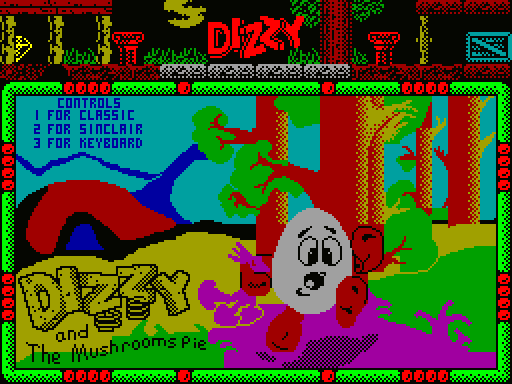 The game was created as example to describe the capabilities of DizzySE.

Link to repository with sources for DizzySE.
Here:
https://bitbucket.org/Verm/mushrooms
(the link leads to the wiki, everything is written there)
Source code under mercurial vcs.
There is a whole history of changes, as well as additional source of graphics in gimp format

To clone repository use command:

Re: Dizzy and the Mushrooms Pie (ZX Spectrum Edition) [DOWNLOADABLE]

Both English and Russian versions of the game is now up on Yolkfolk.